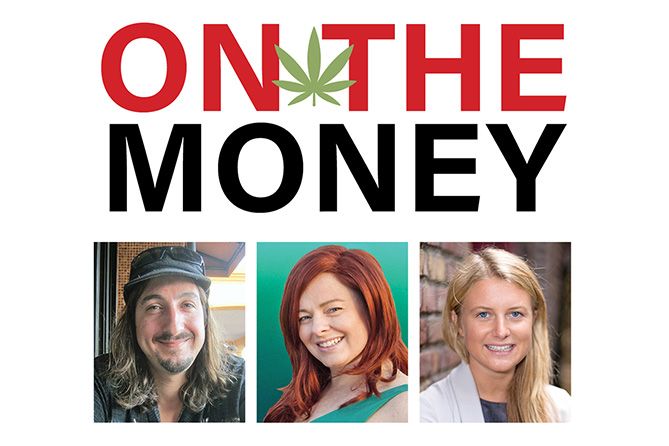 Cannabis pays. From trimmers, stock clerks and budtenders to master growers, chief extractors and C-suite executives, all are more likely to make at least as much or more money than comparable positions in mainstream industries such as consumer goods, alcohol and agriculture.

Some, but not all, cannabis job recruitment experts notice the same trend, particularly when benefits such as stock options, health insurance, vacation and other perks are included.

“What we’re seeing is that they’re in line or a little bit more competitive when you look at the full package,” said Karson Humiston, CEO of Denver recruitment firm Vangst.

The drivers behind that salary increase include:

The competitive salaries and the declining stigma around marijuana are drawing top-level talent—including Ph.D.s, Fortune 500 alums and Wall Street veterans—into cannabis, potentially driving up salaries even more as competition for candidates heats up with every new license granted and every new market that opens.

“We see chemical engineers coming who have done extraction at other places (such as) Pfizer, Johnson & Johnson,” said James Yagielo, CEO of HempStaff, a hemp and cannabis recruitment and training business in the Miami area. “The cannabis industry is now paying comparable rates to what they’re making at those other large companies.”

Salaries for positions in other sectors—like accountant, inventory specialist and warehouse worker—are “comparable” to cannabis, Yagielo added. That’s greasing the rails for candidates entering cannabis from other industries.

Thanks to strong margins, many companies can pay lower-level employees well, too. Cura Cannabis Solutions, an infused oils manufacturer in Portland, Oregon, instituted a $14-per-hour minimum wage for all employees last November, while Eureka, California-based infused products company Papa & Barkley has a $15-per-hour minimum for all its employees. New employees are eligible for raises after three months.

“We recruit with a mind toward retention and a long-term perspective,” Grossman added.

While cannabis industry compensation research and data are relatively new, recruitment experts and business executives in the sector identified key trends and insights:

In addition to a tight labor market, a major driving force behind marijuana’s rising salaries is the industry’s need for highly skilled positions such as ethanol and CO2 extractors, lead cultivators, compliance managers and in-house attorneys with cannabis law experience.

“I’ve been working on this for three years, and I have not seen it be as competitive as it is in today’s landscape,” Humiston said. Many cannabis companies are well capitalized, so they’re able to draw high-skilled labor attracted by the cutting-edge work that many cannabis businesses are doing in agriculture, extraction, dosing and delivery, technology and other areas.

“It is a candidate’s market,” Humiston added. “If you’re really talented, you have multiple options.”

Yagielo agreed. A cannabis company seeking a senior cultivator or extractor with 10 years of commercial experience and an advanced degree is going to have a relatively small candidate pool to pick from.

The more specialization a job requires, the more it’s going to pay.

“I’ve seen extractors get placed for as little as $60,000 if they’re doing just simple butane extraction. And I’ve seen people with Ph.D.s who can do a new extraction method, and they’re getting $180,000 per year,” Yagielo said. “In extraction especially, I’ve seen a wide range of experience, talent and salaries. Figuring out an industry standard for extraction salaries will take a while.”

Salaries of high-level workers can also be expected to increase as facilities grow and staff become responsible for a greater number of plants, increased extraction production and rising sales quotas.

The compensation picture is also bright for entry- and lower-level workers. While those open positions fetch hundreds of resumes, most candidates who get the jobs can expect the same or better compensation as comparable jobs in other sectors.

“In certain markets, because of the cost of compliance, because of the taxes, you just don’t see salaries at the same level as you would in similar industries,” said Kara Bradford, CEO of Viridian Staffing, a cannabis recruitment firm in Seattle.

In some cases, she added, the marijuana industry pays less than other industries because of a mix of factors beyond regulatory costs
and taxes.

The oversupply of cannabis—particularly in western markets such as California and Oregon—is forcing down prices and eroding company margins, leaving less money for salaries and even resulting in layoffs.

“In markets with lots of supply…we’re seeing layoffs and people taking salary cuts,” Bradford said. “It’s business owners looking at their margins and saying, ‘How are we going to stay in business?’” Because salaries are a big expenditure, they are often cut as a cost-savings measure.

Yagielo agreed, noting that as companies see margins shrink, they’ll often let go of a more expensive senior employee and replace that person with someone younger and willing to work for less. “Companies will pay a high salary for a couple of years and then realize they don’t need to pay that high of a salary because someone else can do the same for a lower salary.”

Bradford also said cannabis companies have been more likely to offer higher compensation early in their existences to woo job candidates but then cut salaries after a market has hit its stride for about 18 months.

“We see a dip and evening-out in markets,” Bradford said.

Nevertheless, new markets continue to open, creating fresh jobs in the cannabis industry. In most markets, that means salaries will continue to rise.

“We definitely think they’ll continue to grow over the next few years. As companies start to enter this next phase of growth—where they have to hire for growth and bring in senior management and the best-of-the-best talent—salaries are going to continue to grow,” Vangst’s Humiston said.