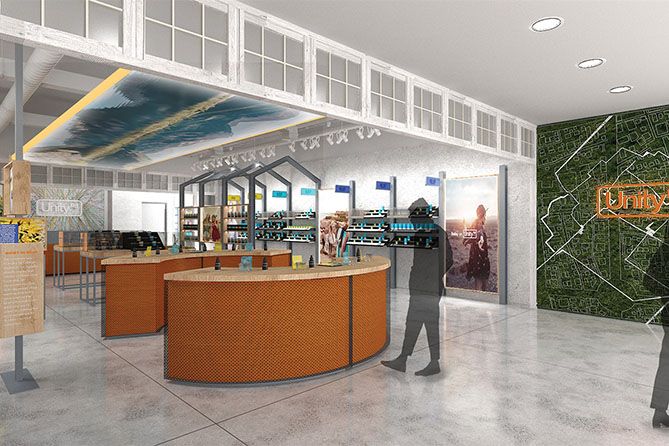 Building a franchised company around the rapidly growing cannabis industry seems like a natural fit—it can be a quick way for newcomers to get started with an established brand. But because both marijuana and franchising are so heavily regulated, marrying the two is likely to be a complicated process.

Still, several cannabis entrepreneurs are turning to franchising to help them expand their businesses quickly.

According to attorneys Eleanor Vaida Gerhards and Matthew Kittay of Fox Rothschild, franchising enables a cannabis business to:

“It’s another way to spread the risk, expose the brand—and (it) makes a lot of sense for certain kinds of brands,” said Kittay, who is based in New York.

While there are a handful of companies intentionally building their businesses around the franchise model, there are others that could fall into the “accidental franchise” trap. Most cannabis franchise concepts in existence today are in states where there is not a franchise registration law. However, businesses with multiple stores could accidentally meet the definition of a franchise—and, if they are not compliant with franchise law, it could result in felony charges and rescinded deals with vendors and clients.

Franchises are defined by three components:

“You want to make sure your business is not deemed a franchise without you knowing it,” said Gerhards, who is based in Philadelphia.

Attorney Jennifer Stallings Dewey of Detroit-based firm Dickinson Wright said finding a team of consultants is key to avoid becoming an accidental franchise. Attorneys should be familiar with legal issues surrounding franchising as well as the legal complexities of compliance as it relates to cannabis. An attorney’s main concern should be that clients are fully complying with all relevant laws while also accomplishing their business goals.

“Sometimes a franchise business consultant can be helpful to assist with this type of transition,” Dewey said. “Try to find a consultant that has experience relevant to cannabis—or at least a similar industry.”

Dewey also recommends starting in just one state to ensure the company remains in compliance. If a company does intend to franchise, simplifying the business to its most important elements will help avoid compliance issues. A business owner might have a successful company with one or two locations, but if the proprietor goes from selling a product or service to selling the operating model or brand, it becomes a franchise, and the firm will need to fit that mold. Often, Dewey said, you have to describe details of your business to potential franchisees, which can be difficult if the business is amorphous.

“You have to be really careful about how you set things up and your compliance because cannabis has regulatory issues and so does franchising,” Dewey said. “Franchising is great, but if it’s not what you intended, you’re not going to be meeting all the legal requirements.”

Denver-based One Cannabis has been working on establishing its franchise business for the past four years. The company, which recently merged with Denver-based Cannabis One, will franchise its retail stores under the Unity Rd. brand.

“We spent the last year trying to develop a brand that would resonate in a crowded space and tell the franchise story of cannabis meets local business ownership,” said One Cannabis Chief Operating Officer Mike Weinberger, who previously was CEO of Maui Wowi, a franchisor with more than 500 stores.One Cannabis has 15 franchise agreements in five states and is anticipating that the first Unity Rd. franchises will open during the first quarter of 2020 in Colorado or California and by the fourth quarter in Missouri.

The franchise fee for a Unity Rd. store is $100,000 for a single unit or $250,000 for three units. Franchisees also pay a 5% royalty fee. Franchisees receive up to 90 days of education, ongoing support, store design and access to the supply chain.

Because the total investment to open a store is between $1 million and $2.5 million, One Cannabis requires franchisees to have liquidity of at least $1 million.

“We’re looking for the monetary component and people who believe in the vision of Unity Rd.,” Weinberger said.

Eric Dangler, who opened Eufloria Dispensary adjacent to The Gypsy Coffee House in Tulsa, Oklahoma, in December, is franchising the concept nationwide. Franchisees are filing for licenses permitting them to sell medical marijuana, and Dangler expects the first franchise to open in March. The first franchisee is a chiropractor who will operate his practice on one side of the building and the Eufloria franchise on the other.

Franchising a cannabis company is easier in Oklahoma than in many other states because there isn’t a cap on cannabis business licenses, growers aren’t limited on how much marijuana they can grow and there are no franchise regulations.

“It also makes it the most competitive market in the country,” Dangler said.

With build-out, the franchise fee, stocking the shelves and hiring employees, Dangler estimates it will cost franchisees up to $175,000, including application and licensing fees, to open a dispensary. Franchisees will receive three days of training at Dangler’s anchor store. Training covers proper representation of the brand and daily operations. Employees of the franchisees also must wear uniforms that include a green tie and apron designed to resemble those worn by pharmacists from the 1800s.

Sun Valley Health Clinics developed its franchise program before merging with Portland, Oregon-based Empower Clinics, which has the identical business model of providing MMJ patient cards and selling products containing CBD but not THC. Sun Valley Health, which started out as a medical marijuana certification clinic, has evolved into an alternative health center that sells high-end CBD products.

“We feel this medical approach is the best way to sell CBD,” said Sun Valley Health co-founder Dustin Klein, who noted that the clinics certify more than 20% of medical marijuana patients in Arizona. “They look like a retail pharmacy or a family doctor’s office.”

Since the acquisition, Sun Valley Health has updated its franchise disclosure documents and is talking with several people who are interested in buying franchises, Klein said. The publicly held company is called Empower Clinics, but names of all the clinics and the franchises that will be awarded have been converted to Sun Valley Health. Empower completed the sale of its first franchise territory in Oklahoma in January.