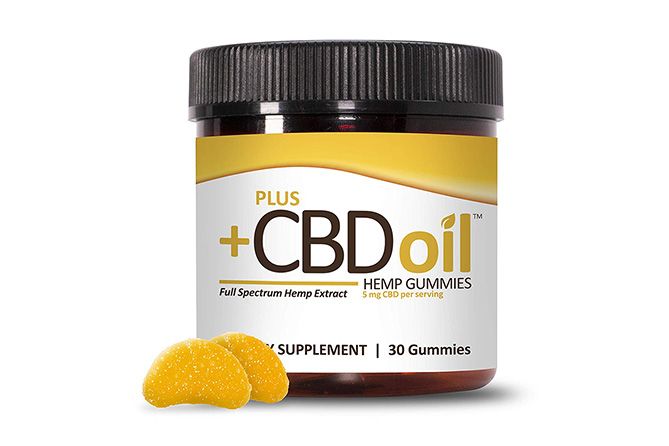 Landing a deal with mainstream retailers is every cannabis company’s dream because of the expanded reach to consumers and sheer volume of sales potential.

The passage of the 2018 Farm Bill that made hemp a federally legal crop also finally made it possible for cannabis-derived products to be more accessible to the public through sales beyond marijuana dispensaries.

But like most partnerships, the company’s alliances with mainstream retailers weren’t overnight successes, according to CV Sciences CEO Joseph Dowling. They took time, trust and transparency to cultivate.

“It takes patience and diligence and the usual sort of adjectives that you would apply to building a successful business,” Dowling said.

Established in 2012 as CannaVest, CV Sciences invested significant research and development into its first product, PlusCBD Oil. The brand launched in independent and midsized chain health stores in the natural-products channel in 2014.

From 2015 to 2017, CV Sciences focused on nationwide expansion of its PlusCBD Oil brand, which quickly became a top seller in the hemp-derived CBD category and a top-10 brand in overall food supplements, based on scan data from Chicago-based retail analytics firm Spins.

Mass merchandisers rely on data from retail analytics firms such as Spins to identify trends in specialty wellness retail and learn which products are performing on store shelves. Dowling said independent health-food stores have long been a proving ground for new products, especially in the wellness segment, pointing to products such as coconut water and cosmetics as examples.

As one of the first hemp companies to make significant headway in brick-and-mortar retail stores, CV Sciences’ products established credibility and presence in the marketplace, which attracted the attention of mainstream retailers, Dowling said.

“When it came time in 2017 to branch out from where we started with natural-products retailers, we had a couple thousand retailers already,” Dowling said. “If you’re a retailer, it gives you comfort that the products you’re considering putting on the shelf are already being sold at other retail locations, so it made our business-development efforts easier.”

While lawmakers were contemplating hemp legalization via the 2018 Farm Bill, mainstream retailers and hemp brands were forming partnerships so they could move quickly with a go-to-market strategy once the legislation was signed.

CV Sciences began engaging with mass merchandisers in late 2017 and throughout 2018, Dowling said.

“In the discussions that we were having with mass-merchandise retailers, they were really waiting for that legislation to be signed before they were going to be willing to jump into the category,” he said. “So, once that happened, everything started to accelerate.”

Once CV Sciences linked up with potential mass-merchandising retail partners, Dowling said the company had to embark on a thorough vetting process to demonstrate its product quality, business viability, distribution scale and company integrity, which meant being transparent about every product formulation and process from start to finish.

“There’s a fair amount of due diligence that occurs with the onboarding process,” Dowling said. “They want to know exactly what our products are about and clearly understand the certificate of analysis and all the ingredients in the product. They thoroughly evaluate all the labels and packaging to ensure FDA (U.S. Food and Drug Administration) and FTC (U.S. Federal Trade Commission) compliance. They want to make sure that you have good manufacturing practices throughout your supply chain.”

Dowling said one thing that helped expedite the process and gain retailers’ trust was CV Sciences’ long-term investment in toxicology studies to demonstrate product quality and show that consumers are getting what they want.

“We started that process about three years ago, and so we knew what was coming and what would be required when the FDA got involved and when big retailers got involved,” Dowling said. “If you wanted to be taken seriously, that would be one of the basic things that you would have to demonstrate.”

The overall vetting process is similar from one retailer to the next, though most typically have unique packaging requirements, Dowling said.

“They’ll want a different in-line shelf merchandising or specific packaging or a certain kind of marketing materials,” he added.

Distribution logistics and the company’s ability to consistently and reliably fulfill orders is another area of concern for retailers. CV Sciences’ existing presence in the marketplace already demonstrated its distribution success and ability to scale, but there were still points to work on with its new partners, Dowling said.

“We had to work with them to get them comfortable that we had sufficient scale throughout the supply chain to be able to deliver on the merchandise that they knew they would be ordering,” he said. “And not just on the initial order but on subsequent orders, and not just on the initial launch for the number of stores that they intended to launch in but planned increases for locations down the road as well.”

CV Sciences had also been working to scale up its capacity. In August, the company announced it signed a lease for a new 45,000-square-foot facility in San Diego for CBD oil production, warehouse and fulfillment. Additionally, CV Sciences executed supply agreements for the 2019 season with hemp farmers in Illinois, Indiana, Kentucky and Wisconsin to provide domestic hemp and ensure the company has the incremental supply needed to support future growth.

“We’re constantly evaluating our capacity based on what we think future demand will be, including for Kroger and other mass-merchandise retailers,” Dowling said.