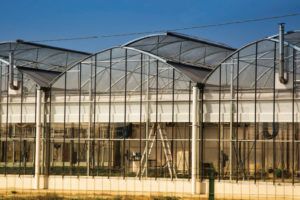 Tips for finding businesses on the block at fire-sale prices

Marijuana businesses are a hot property.

Scores of new grows, retailers, ancillary firms and infused product manufacturers are opening their doors as recreational and medical markets sprout up across the nation. Real estate prices for marijuana operations are sky high, as are valuations on cannabis businesses. But nothing goes up forever – a rule of thumb that can ultimately be a boon for bargain hunters looking for a good deal, be it a home, a stock … or a marijuana business. If the industry takes a downturn either nationally or in specific markets, underperforming companies could put themselves on the block at discounted prices.

“All commodities, whether you are talking about corn, natural gas or oil, go through a boom-and-bust cycle,” said Jonathan Rubin, CEO of New Leaf Data Services, which tracks wholesale marijuana prices. “Cannabis is no different.”

There hasn’t been a huge wave of distressed sales yet – the industry is still in its growth phase – but many think a correction could be coming in the next three to five years thanks to factors ranging from oversupply to industry consolidation. And there are opportunities now in some of the more mature markets such as Colorado.

While the real bargains might not materialize for several years, investors and entrepreneurs can prepare early to capitalize on any correction when it does occur.

Following are tips and advice on buying distressed marijuana businesses and real estate when the time comes.

How could a marijuana industry correction come about?

One possibility involves California’s new recreational cannabis market, which is expected to unleash a flood of marijuana into the market and create more pressure on wholesale prices and some businesses.

It’s an extremely hot market now as entrepreneurs and investors prepare for a surge in business. Real estate prices in California have jumped, and anyone wanting to buy or rent space for a cannabis business must pay a hefty premium on top of already expensive real estate.

“Most groups are into build or renovate mode and planning to occupy themselves or lease out at cannabis rates, which tend to be significantly higher than traditional commercial leases,” said Morgan Paxhia, managing partner of San Francisco-based Poseidon Asset Management.

Looking ahead, however, distressed opportunities may arise when undercapitalized operators compete against sophisticated businesses that have extremely deep pockets. This trend could force the smaller players to close up shop or seek buyers. There also might be more immediate opportunities to snap up existing medical cannabis companies in California that can’t make the switch to a regulated market on their own.

Lawyer C. Adam Foster has seen some businesses make big strategic missteps – which could lead to fire sales – in Denver, where he’s a partner at the Hoban Law Group specializing in marijuana law. Foster knows of a number of Denver cultivators in recent years that expanded their operations – for example, from about 10,000 square feet to some 50,000 square feet of warehouse space. After signing multiyear leases, the growers encountered financial troubles for one reason or another, including cost overruns and crop failures. These growers then failed to meet their rent obligations.

Another factor that could trigger distressed sales is marijuana business owners who violate increasingly complex MJ regulations and laws. There already have been instances where business owners committed serious rules violations and were given six months by regulators to sell their businesses, according to Foster.

In those cases, he estimates a new buyer could potentially scoop up the business for a 25%-75% discount.

Foster expects that unsophisticated cannabis business owners will run into similar regulatory problems in California especially because the new rec and medical markets are more tightly regulated than the previous MMJ industry.

“The industry has become much more regulated and complicated,” he said.

In 2011, for example, all the marijuana rules and regulations in the United States covered about 200 pages. By 2016, they could fill a book with more than 700 pages, he said.

You can use a variety of methods to track down a distressed business. But don’t expect the task to be easy.

“Up to this point, they’ve usually been word of mouth,” he said.

That likely will continue, according to Leslie Bocksor, a former investment banker who founded Electrum Partners, a Las Vegas consultancy.

“Everything in this industry comes from networking,” and finding a distressed business will be no exception, he said.

You also might tap into your lender network, suggested Paxhia. Lenders might have an early line on operators that are struggling to make their payments.

For example, some “hard money” lenders – which provide high-interest loans to risky businesses, including marijuana entrepreneurs – could be quick to look for another MJ business owner if the initial one can’t make its payments.

Landlords are another source. It’s common for a landlord to bankroll, or carry back, the loan on a property. That’s because commercial banks won’t make loans on MJ cultivation facilities, Foster said.

If the first company fails, a new business that gets wind of the space could be better positioned than the failed operator because that firm already would have hundreds of thousands of dollars sunk into the heating, ventilation and air conditioning system, electrical upgrades and security.

A well-connected real estate broker who specializes in cannabis properties also might be able to help you find a distressed property.

“No one is going to advertise that they are a disaster,” noted Paxhia, so a broker specializing in MJ properties could be aware of a floundering business.

In Denver, Foster knows of several brokerage firms that from time to time have listings of businesses that are for sale. Those lists could be a starting point to determine whether the business owner is under pressure to sell, he said.

You also can check the foreclosure notices published in local and national papers such as The Wall Street Journal.

“I’ve known people to skim the public trustee (the government agency that sells foreclosed properties in Colorado) notices and, after doing a little research, have found cultivation facilities in foreclosure,” Foster said.

Cultivators are the most vulnerable to falling wholesale cannabis prices, Rubin said.

“It all comes down to basic economics of supply and demand,” he added. “Wholesale prices are coming down because legal supply is outpacing legal demand.”

Georgiadis of Green Thumb Industries made a similar point.

“We know supply is going to increase,” said Georgiadis, who lives in Florida. “However, we have no real way of being able to quantify demand. My guess is that in the short term, prices will spike … and that over time you will see gradual price compression to the point where wholesalers and retailers make gross margins more in line with traditional industries.”

That, in turn, could pressure less-efficient cultivators if the selling price falls below their cost of production.

“Those who aren’t well-funded are in danger of becoming road kill,” Bocksor said.

Foster already has seen cases in Denver where cultivators projected paying $500,000 to upgrade a warehouse only to discover it cost about $700,000 – and the construction process took eight months instead of the expected four or five months. “If you don’t have a cash cushion, it can be hard to absorb” those unexpected costs, he said.