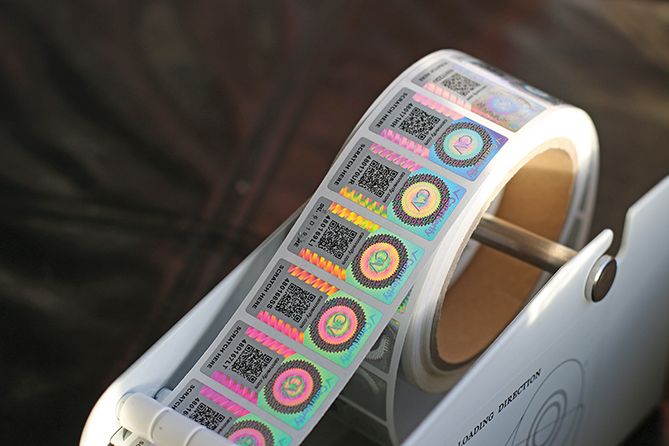 Counterfeiters have long peddled knockoffs mimicking Louis Vuitton handbags, Ray Ban sunglasses and Rolex watches. But over the past year, counterfeiters have increasingly set their sights on the global cannabis space, hoping to capitalize on the industry’s explosive growth. That has forced marijuana business owners to find ways to protect their products, such as through trademarking or keeping closer tabs on their supply chains.

Disposable vape cartridges, in particular, are among the products under attack. Counterfeiters are stealing well-known brand names and logos, including Heavy Hitters, Brass Knuckles, Kingpen and others. But counterfeiters have also branched out into packaged marijuana flower and have imitated well-known brands such as Canndescent, according to a recent report on the issue prepared by California-based Mammoth Distribution.

Moreover, the problem has grown in scope because Chinese manufacturers in cities such as Shenzhen, which is a hub of vape cartridge manufacturing, have found that there’s a lucrative market in knockoff American marijuana goods.

The issue has become so pervasive that some attendees at MJBizCon in Las Vegas last November even came across counterfeit versions of their own products on the expo show floor.

“I had a half-dozen companies approach me at (MJBizCon), telling me that they had seen product that appeared to be theirs but was actually counterfeit,” said Peter Scheir, president of California-based AuthentiBrand, which provides custom hologram and authentication solutions to various industries to help protect against counterfeiting.

“I was flabbergasted, because this wasn’t just out at some Podunk dispensary in nowhere’s land. This is someone who had the gumption to walk into a major trade show and show it,” Scheir said. “To me, that could mean that the companies presenting the product didn’t even know they were counterfeit, or that they were colossally stupid or at least callous.”

Following are concrete steps that companies can take to protect themselves and their brands.

While the federal government isn’t readily handing out marijuana-specific trademarks (although companies have secured them for wordmarks, logos and non-plant-touching items), state governments are doing so.

“If you pay California for the right to register your trademark—and California does allow registration of cannabis product trademarks—California law enforcement has jurisdiction to go in and enforce against counterfeiters,” said Gavin Kogan, general counsel at Grupo Flor, a cannabis consultancy in the Golden State.

Kogan said that should be a first step for just about any company eager to protect its intellectual property and brand. But it can be particularly useful in combating counterfeiters, because a legal trademark can get law enforcement involved, up to and perhaps including the state attorney general’s office.

“I’d work with the attorney general in California, who is very pro-cannabis, and say, ‘We’re having a major counterfeit problem,’” Kogan said. “My guess is (he) would take the gloves off and go after them.”

Without any state trademark protection, Kogan said, trying to take legal action against a counterfeiting ring can be like chasing shadows.

“If you don’t have that protection and you’re just a private citizen, then you’re really just left with the strategy of a lawsuit. And how do you sue a ghost?”

Audit Your Own Supply Chain

A vape cartridge manufacturer should get audits done of its own vendors and retailers to ensure their business partners aren’t double-crossing them, said Leeton Lee, principal consultant at California-based Comply Box.

“The best protection is having enforcement on our side of the ocean. It’s corrupt over there,” Lee said, referring to China.

“You have to manage and vet your vendors very carefully, that’s first and foremost,” he added. “Secondly, you have to have the factories inspected or audited on a regular basis. … Your own partner in doing this can also be the bad actor.”

That’s because a lot of times either Chinese or U.S. companies may be dealing from both sides of the table, so to speak. A Chinese vendor could take an order from a U.S. vape cartridge business for thousands of empty cartridges bearing a company logo and then just produce extras of the same order and sell them online via Alibaba or DHgate.com or some other internet market, thereby doubling their profit.

A similar option is to employ distributors or other supply-chain checks, said Todd Kleperis, the CEO of California-based distributor Hardcar, whose employees are constantly on the lookout for counterfeit goods in California shops.

“We have an actual program called Agent Recon, where our agents are in the stores, and they’re just checking to make sure our clients are protected from things like (counterfeiting),” Kleperis said.

“Our guys know what our products look like, and they’re not going to be in our stores. But they’re going to be in other stores, black-market stores,” checking the inventory for knockoffs.

Be Aggressive If You Find a Counterfeiter

Kogan and Lee agreed that if a company determines the identity of a retailer or distributor that’s selling counterfeit marijuana goods, a natural course of action would first be a cease-and-desist letter. If that doesn’t work, follow up with an aggressive lawsuit.

“Provided that the original source—the manufacturer—is fully vetted and clean, then we look at distribution routes to see if there are outside actors that might be making counterfeit products,” Lee said. “So, what we do is go bust the counterfeiters, sue them and determine where they bought the product.”

However, that likely will work only in North America, both Lee and Kogan cautioned. Pursuing an intellectual property or trademark claim against a Chinese manufacturer, regardless of how guilty that company may be, is likely to prove a waste of time and money.

“To go after China … you need to be a major, major company. Most pot companies don’t have the (resources) to tackle an international trademark violation. That’s the realm of Vogue and Fendi,” Kogan said.

This is where Scheir’s company, AuthentiBrand, comes in. He specializes in holograms for companies that peddle goods such as sports memorabilia that are often counterfeited, and he’s already helped numerous high-profile cannabis companies, including infused product producer Flav, combat piracy with holograms on their packaging for vapes, edibles and other products.

“Flav uses our most sophisticated technology labels on their California packaging, and from what I understand, they have helped tremendously in combating counterfeiters,” Scheir said, adding that Flav, which counts vapes among its offerings, had previously found counterfeited versions of its products in multiple states, just as some California businesses say theirs are popping up all over the country.

AuthentiBrand is just one example of a company that specializes in anti-piracy technology, but Scheir said he’s eager to make more inroads into the cannabis space as the industry continues to grow and counterfeiting becomes a bigger issue.

His company’s holograms also can involve QR codes for extra security, and there are further security measures that can also be built in for a cost.

“By putting our holograms on every package they put out, a brand owner is able to say, ‘What is in this package is what we say it is, because the highly sophisticated holograms prove the product is the real deal,’” Scheir said.

After a $1,500 setup cost, AuthentiBrand’s custom security work “can range from $50 to $5,000, depending on what we do,” Scheir said, adding that the cost goes down the more packages a customer orders.

“In this industry, the reality is the cost of the hologram is the lowest cost of the things they have to do to get that product to market,” Scheir said. “On the other end, it can be a nickel or less if the quantities are high enough.”