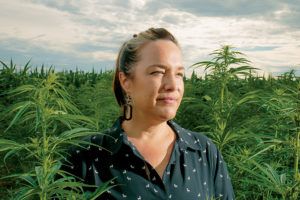 But since hemp was legalized through the 2018 Farm Bill, hemp plant breeders have unprecedented new options to protect their plant genetics from those who would attempt to capitalize on years of hard work.

Hemp farmers need varieties designed to grow in their specific climates and with unique traits suited to their end customers. With this in mind, plant breeders are developing new hemp varieties selected for specific growing regions and adding traits such as disease resistance and new combinations of cannabinoids.

With all the work that goes into identifying traits, hybridizing new varieties and building up a supply of genetics for the marketplace, breeders must protect their work to ensure they receive payments associated with their genes, traits and varieties.

Breeders have a few options to get that protection, so it helps to be familiar with the types of patents available. In the United States, breeders can seek:

This type of patent protection was off-limits to cannabis breeders until hemp was legalized in last year’s Farm Bill.

New West Genetics wasted no time applying for a PVP certificate after the protection was created by the 2018 Farm Bill, said CEO Wendy Mosher.

The Fort Collins, Colorado-based biotech company is applying its experience breeding row crops such as corn, rice, barley, canola and sorghum to hemp.

Hemp entrepreneurs could see proposed PVP rules for asexually propagated clones by the end of 2019.

How To Get PVP

Plant Variety Protection is supposed to be a simple application process, with no annual maintenance fees, through the USDA. Here are some key details:

The PVP certificate protects only the plant. Once the certificate expires in 20 years, seed samples can be accessed by the public.

But there may be drawbacks to taking the PVP route to protect intellectual property.

Some plant breeders opt out because of the requirement for turning over such a large number of proprietary seeds. Others may not like PVP certificates because they allow potential competitors to access those seeds through the Plant Breeders’ Rights system, a global plant-protection regulatory convention that dates to the 1960s, said Eric Mathur, chief science officer of California-based hemp and marijuana company Tilt Holdings.

Unlike the PVP system, federal plant patents can be used by both hemp and marijuana breeders of asexually propagated or clonal varieties.

“There’s no rule that (your product) has to be legal under the U.S. federal system,” Weatherly said.

The U.S. Patent and Trade Office (USPTO) grants 20-year plant patents. However, protection is limited to the plant’s key characteristics, such as resistance to disease or dampness.

“Under both patents and PVP, you are asking to exclude others from making, using or offering for sale that variety for 20 years,” Weatherly said.

“The social contract for that right is (to) make (seed or tissue culture) available to the public for future generations.”

Broader than a plant patent, a utility patent offers the most protection available under federal law. Also administered by the USPTO, utility patents cover the creation of a new or improved product, process or machine.

Some consider utility patents the best for cannabis breeders because they cover both sexually and asexually propagated new varieties, and because plant breeders can make multiple claims to cover the specific elements of a plant.

“The best protection you can get to protect your genetics and its progeny is getting a utility patent on a variety,” Mosher said. “Varieties have to show stability over at least six to eight generations, but that is ultimately up to the examiner in most cases.”

But because a utility patent is broader and more complicated, it can also take longer to file and defend, said Milton Springut, an intellectual-property lawyer in New York City.

“It’s really all a function of how complex and how much time (they take),” he said.

Costs are higher, too. With legal fees, a utility patent can cost $8,000 to $15,000, Springut said. Utility patents often will include maintenance fees and costs for updates as well.

Mathur said that utility patents are most useful for genetic markers and traits, and they also allow breeders to license intellectual property.

“The direction intellectual property is going is understanding the mutations, snips and collections of snips involved that are responsible for a trait,” Mathur said.

Once plant breeders patent their plants, genes, traits and other protected genetics, they can license their intellectual property to other breeders through material transfer agreements (MTAs).

An MTA is a contract between two parties that protects the intellectual property of the owner while allowing the licensing party to achieve new breeding goals.

“The challenge in modern agriculture is (that) most of the agronomically important traits—like yields, cannabinoid profiles, high growth or flower consistency—are complex traits,” Mathur said. “There is not one gene mutation; there are several different mutations that collectively make that a trait.”

Breeders can file patents and own the markers that are responsible for that trait. Then, if they have a collection of mutations that offer particular characteristics in a plant, that is patentable as well, he said.

For example, Mathur said, one company has used genome-editing CRISPR technology to isolate and patent the gene that knocks out powdery mildew. Developing that gene in marijuana or hemp to create powdery mildew-resistant strains would be “patentable by gene interruption, but you’re actually licensing the sequence from somebody else, so it’s pretty complicated,” Mathur said.

Mosher said her company uses MTAs to license other breeders’ genetics, a practice that is standard in agriculture.

Through patent registration and a licensing system, ILP Vegetable allows vegetable breeders to license the traits they need.

Patents aren’t the only ways to protect a breeder’s work.

A trade secret—which is defined and protected by federal and state laws—is another type of intellectual property. Trade secrets are common among large companies that produce their own genetics and don’t want to pay for utility patents or subject their genetics to public access through the PVP system once patent protection expires.

“The way of the future for protection is to develop pure F1 hybrids,” Mathur said, referring to the first generation of offspring from distinctly different parents.

“After iterative cycles of inbreeding purification through selection, you get what’s called isogenic parental lines: pure plants that you can then make genetically divergent crosses to create F1 hybrids with stable, uniform seed (for mass production),” Mathur noted. “Then (the parentage) is not detectable because the seeds of F1 hybrids will be scrambled eggs.”

As long as no one reverse-engineers the cross—and the parentage is kept confidential—a breeding secret can be kept indefinitely.

However, a trade secret is more difficult to enforce in state and federal courts and weaker than a patent, and the secret could ultimately be patented by another company.

“You can keep your strains and people can (continue to) propagate your strains, but at scale, it makes no sense,” Mathur said. “This is why the seed companies have done what they’ve done in Big Ag, and we’re moving there. Precision ag is where hemp will be in the next five years.”