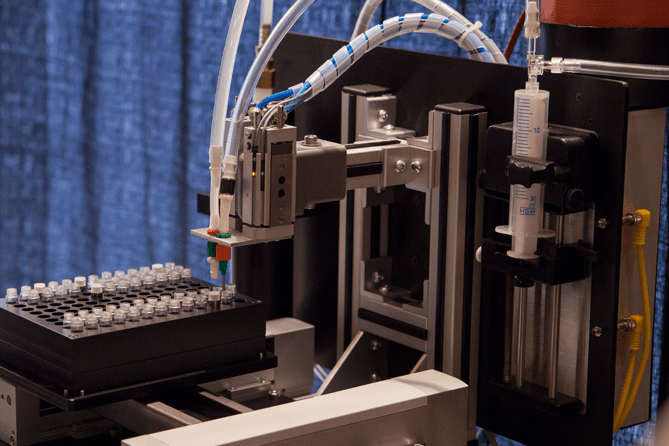 There’s a whole slate of services professional cannabis testing labs can provide, though most companies are probably only interested in the simplest. And as the cannabis industry grows and moves more into the mainstream, demand for those services is going to increase exponentially.

Practically every state that has adopted legal cannabis – medical or recreational – in recent years has also included mandatory testing in various forms, and more regulations to that effect are scheduled to kick in over the coming years in states such as Alaska, California, Colorado and Oregon.

“More places are having to test and are just accepting that as part of their business model, as opposed to when the industry began,” said Joseph Evans, lab director of Nordic Analytics in Colorado.

As testing requirements become more common, that will – by necessity – give rise to more testing labs, and there will be a much bigger demand for higher performance levels. That means a lot of opportunity for scientifically minded entrepreneurs who know how to leverage their knowledge to create a reputable cannabis testing business.

There’s been a boom in just the past few years in testing labs and demand for them, as regulators have become stricter with the cannabis industry.

Still, the testing sector is relatively small when compared to other areas of the cannabis industry. The 2015 Marijuana Business Factbook estimates that there were only between 40 and 50 labs in the country at the start of last year. While more have started since then, the number of labs pales in comparison to, say, the number of edibles companies.

Testing revenues are also on the low end, though labs with operations in multiple markets can generate annual revenues in the seven figures.

One of the larger and more well-known labs in the business, California-based Steep Hill Halent, expects to net $1.5 million in revenues in 2015, not including royalties from labs that have licensed its brand. The firm now has labs in California, Washington State and New Mexico, with two licensees in Nevada and Colorado.

“It went from zero to $1.5 million,” joked CEO David Lampach, referring to the lab’s first year of business in 2008 compared to current sales.

Though other lab companies may not see that much in revenues, the industry has still been booming for labs large and small. Green Leaf Lab in Portland, Oregon, for example, was founded in 2011, and managing partner Rowshan Reordan said the business has “at least tripled, if not quadrupled” since its inception.

Nordic Analytics expects revenues to be in the hundreds of thousands of dollars once the lab truly gets up and running (it only received its state certification in late 2015 and began testing in the last five weeks of the year). CannaSafe Analytics expects to pull in just under $1 million in California and another $500,000 from its lab in Washington State. The company expects to do very well in Nevada, where it’s opening another lab in the spring.

“In Nevada, we have very, very high hopes,” said Matt Haskin, the president and CEO of CannaSafe. “Any of the labs out there will be doing a million-plus per year.”

Raising capital was a huge challenge when many testing labs were just starting out between 2008 and 2012. Even in 2014, many were still having trouble with it.

“A year ago, you talk to a lot of hedge funds… and they looked the other way,” said David Cunic, CEO of New Jersey-based Pazoo, which has three labs scattered throughout the West. “Now, a year later, you talk to the same people, and they go, ‘This is a real sector.’”

Indeed, many investors are now more than willing to throw money at labs, said Steep Hill’s Lampach. His company has raised “millions of dollars in the last 12 months.”

That’s also because testing is highly scientific, unlike most other marijuana-related businesses (except perhaps cultivation). Most reputable labs have at least one highly trained and experienced technician on their team who often has a Ph.D or at least equivalent lab experience. That kind of talent doesn’t come cheap, which leads directly to another hurdle: startup costs.

Those can range easily up to several million, said Green Leaf’s Reordan. Initial costs include purchasing equipment that can run anywhere from $75,000 to $250,000, retrofitting a space for lab work, hiring personnel and wading through red tape.

The wait time for obtaining state certifications in some markets that require them can be another big hurdle early on.

“I’ve seen many labs take literally months” to obtain state certifications, as opposed to simple business licenses, Evans or Nordic Analytics said. The difference is typically between registering with the state to get a license and then undergoing an inspection by a different state agency to ensure that practices are up to code and employees are up to snuff when it comes to testing lab minimum requirements. That wait time in turn means personnel are being paid to be on call the entire time, even though there’s no testing being done or revenue coming in.

The biggest and most obvious trend is the expected increase in testing requirements across the country. States that already have testing mandates include some of the biggest markets in the nation, and some of the biggest upcoming ones as well. And many states that don’t yet require testing are generally expected to as cannabis becomes a more mainstream product and is subject to the same standards as federally regulated goods.

“Mandatory testing is inevitable,” Pazoo’s Cunic said. “That’s what I tell everyone. Because no matter which way you cut it… people are now saying, ‘This is going to go mainstream.’ There have to be rules and regulations in place.”

Opinions vary on when testing will become required in pretty much every state with a cannabis market, but Cunic believes it’ll happen within the next two to three years, perhaps even as a mandate from Congress.

A lack of industrywide standards when it comes to testing practices and methodologies has been one of the biggest headaches for retailers and growers who are required to have their product tested before it’s sold.

That lack of consistency can lead directly to conflicting results from differing labs, an obvious problem that many in the industry have long since acknowledged. It’s been so obvious, in fact, that various states have tried to solve the consistency problem in their own ways, with varying degrees of success.

But in the long term, national standards are what will bring the cannabis industry into line and make products truly consistent in the way that, for example, the percent of alcohol by volume is listed on the side of every bottle of beer.

“Ultimately, that will happen. It’s going to take legalization on the federal level,” said Steep Hill’s Lampach, estimating that kind of sea change is five to 10 years down the road.

As the testing industry ramps up, more labs will inevitably proliferate. But that probably won’t last.

“My crystal ball says that in the beginning you’ll see testing labs popping up all over the place. You’ve already seen that,” CannaSafe’s Haskin said. “When we started (in 2010), there were a handful. Today, there are dozens all across the states.”

Haskin pointed to California as a prime example, which is home to the largest medical marijuana industry of any state in the nation. The government there just last fall adopted statewide regulations for the very first time, but they won’t fully kick in until 2018. The new rules include testing requirements – which will result in new labs but also allow existing one to grow.

“In the beginning, we’re going to see a lot of growth in the space, and then, like all industries, there will be some consolidation.

Ultimately, 10 years out, there will be a few big brands servicing (the entire industry),” Haskin predicted. 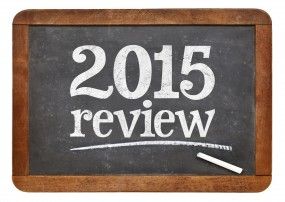