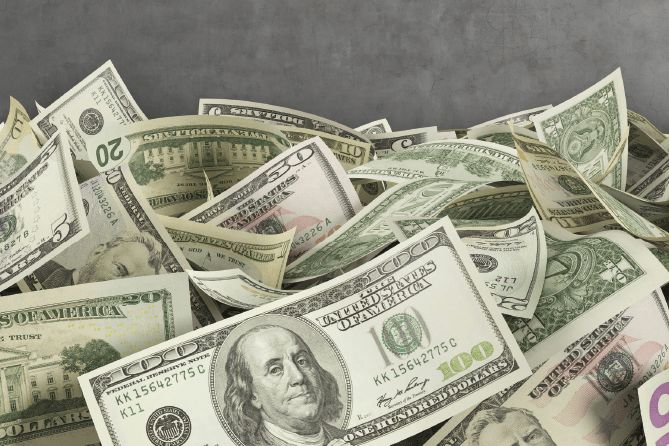 MyDx was a true startup when founder and CEO Daniel Yazbeck began assembling his team.

He seeded the first year with $200,000 of his own money. He ran operations from his home. And his young employees worked for equity until Yazbeck could afford to pay them.

Over the next couple of years, Yazbeck completed a successful crowdfunding campaign before securing more than $7 million in Series A and B investments. Today, MyDx trades on the over-the-counter market.

The San Diego company, founded in 2013, produces handheld chemical analyzers that allow consumers to check the potency of marijuana strains they eat, drink or inhale. In June, MyDx struck a deal with Arrow Electronics, a Fortune 150 company, to help manufacture its analyzers and provide other services as well as a credit line.

MyDx first pitched to cannabis investors in 2014. It was a tough sell.

“The greatest challenge we had was listening to the wrong people,” said Yazbeck, who previously worked with Japanese electronics maker Panasonic and pharmaceutical giant Pfizer. “Who you listen to is probably the most fundamental influencer of the success of startups. Every decision you make will catch up to you, and you will either be dealing with the cleanup of that decision or celebrating the results. Listen to the right people and follow your gut.”

In large part, Yazbeck and his team succeeded at attracting big money because they developed a detailed plan and demonstrated market demand for their product.

1. Use crowdfunding sites such as Indiegogo

MyDx kicked off its Indiegogo campaign just four days before it launched its Series A funding round and wound up raising more than $39,000 from 187 backers – double its goal.

“The goal is to become a profitable business that can invest in itself so that you don’t need to raise money, or so that the type of money you raise then is much bigger money,” Yazbeck said.

A “massive action plan” means you’ve identified multiple paths to success, or at the very least you have a primary strategy and a backup plan.

Multiple paths to the same end might seem redundant but, more often than not, they’ll save you from scrambling for a Plan B when Plan A fails.

3. Provide investors with a detailed plan and a clear exit strategy

In your pitch, leave very little to the imagination. Map out what you’ll achieve and when, and solve every potential challenge an investor might see.

Yazbeck joined a group for cannabis investors the year before he launched the Series A funding for MyDx. The move allowed him to network with other investors interested in the marijuana sector, giving him valuable contacts when he went to raise money himself. It also helped him build early buzz with the investment community, paving the way to present at one of the group’s pitch events. One of Yazbeck’s first investors, Lori Ferrara, is a member of the investment network – called the Arcview Group.

Joining these types of groups and attending marijuana business conferences will help you get farther faster, Yazbeck said.

Closers are industry vets who know how to appeal to investors and secure funding. They create a sense of urgency around investments without being too pushy or abrasive. They can navigate complex negotiations and know when to tell investors that the time to say yes is “now
or never.”

They can’t finalize deals alone. The excitement and energy for your product has to be evident. In the end, however, an effective closer’s calculated approach is what seals deals.

When it comes to a closer communicating with investors, “you need someone who says you’re in or you’re out,” Yazbeck said. “That’s a closer.”

Whom do you partner with? Yazbeck is happy to refer good closers to viable businesses.

“If someone’s business is viable, I’ll be happy to make the connection and support (someone else’s) success,” Yazbeck said.