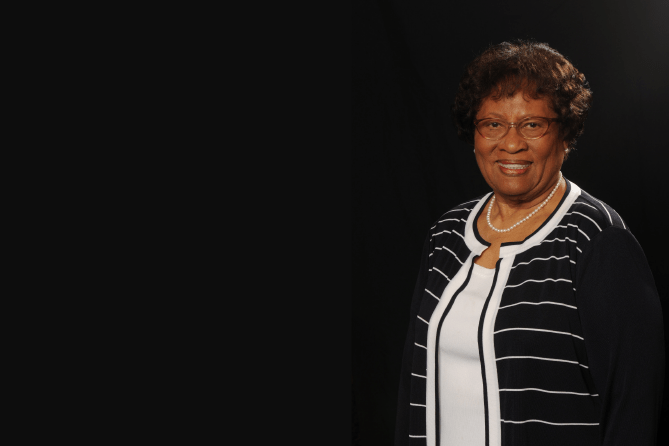 lt’s been more than two decades since former U.S. Surgeon General
Dr. Jocelyn Elders publicly suggested that the country should study legalizing drugs, drawing fire from both Republicans and her boss at the time, President Bill Clinton.

But now that half the country has legalized either medical or recreational marijuana, Elders – a professor emerita of pediatrics at the University of Arkansas for Medical Sciences who still spends time on the lecture circuit discussing marijuana policy and sexual health – stands as a prescient figure in the nation’s legalization battles. She’s also watched with great interest the emergence of the cannabis industry that’s arisen with legalization.

Marijuana Business Magazine caught up with Elders recently to get her thoughts on the cannabis industry and what companies should do to further the MJ movement.

Would you say that medical and recreational marijuana legalization have been successful so far?

In the states that have legalized medical or recreational marijuana, I don’t think they’ve seen any downsides or adverse effects. In fact I think most states that have done this feel it’s been a positive experience. I think everybody was expecting people to be out on the streets stoned out. Well that’s not the way marijuana works. We also know that it’s almost impossible to get an overdose of marijuana. It’s just not a drug that kills people.

What should businesses do to establish or facilitate a safe and prosperous cannabis industry?

I think the important thing is that they need to be pretty certain about the concentration of a dose. And they need to make sure that what they’re putting out is safe. In the past, you didn’t even really know what you were buying. Much of the stuff we got in the old days, it had been sitting around for a long time and lost its psychotropic effects.

The material that’s available now is much better. It’s purer. You can calculate the dose of what you’re getting.

We’ve also got to make sure we really inform our politicians. Federally, it’s going to be hard to get change. But at the state level business owners can meet and get to know their local politicians and try and make sure they get the local laws to conform with what they should be. They need to get together and try and make sure we’re all out there on the same level saying the same things – and that the product is what they say it is, that it’ll produce the effects they say it does.

How can businesses help get more doctors on board with recommending medical marijuana?

Businesses pay for an awful lot of medical education for doctors for all kinds of things. Most big businesses sponsor speakers, seminars, day-long courses on Saturdays that a doctor may take to get certified for something. Businesses have paid for doctor education.

Every major pharmaceutical company has a medical education department. They have drug reps who come around to try and educate doctors. Marijuana businesses are going to have to come together as a group and do some medical education to get doctors to begin to write recommendations. But doctors are afraid that if it doesn’t work they’ll get criticized.

How have infused products and concentrates helped or hurt the industry?

We have to make sure children don’t get into them. But remember, we used to have thousands of children who died every year from aspirin, which brought along labeling and child-safety caps. I think the new products are very good, but they’re going to have to be labeled very specifically.

You worked under Bill Clinton – how do you think Hillary will approach marijuana if she is elected president?

I think Hillary will use common sense. I think she will look at the facts, and will do what the facts dictate, and I think the facts are very different now than they were in 1993. We’ve learned a lot more.

This interview has been edited for length and clarity.