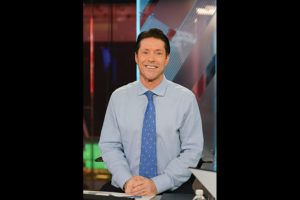 Tim Seymour is the owner and manager of the New York-based Amplify Seymour Cannabis Exchange Traded Fund. The ETF, which has about $7.5 million in assets, trades on the New York Stock Exchange under the ticker symbol CNBS. The fund, which launched July 23, 2019, currently contains 28 holdings. Under U.S. Securities and Exchange Commission regulations, Seymour’s fund is able to invest only in federally legal companies, meaning that U.S. multistate operators remain off limits. Seymour also helps manage the JW Growth Fund, a cannabis hedge fund with assets of about $300 million, and is a regular contributor to CNBC about the cannabis market.

How and why did you get into cannabis investing?

I spent 15 years in a hedge fund focused on emerging markets. I see the macro elements of investing in the cannabis sector as similar to emerging markets. It’s not that I’m disinterested in the social and cultural aspects, but the legislative changes—both in the likes of California, Canada and Colorado, originally, but also now around the world—that is interesting. I started a dialogue with producers, mainly through my work at CNBC, and people can see that I am meeting with companies, that I know the sector and that I have managed portfolios before.

Why do you remain positive about the cannabis industry in investing terms?

Raising money has been challenging for the past nine months—I would have preferred it if I had started the ETF fund in July of the previous year—but we are here to hopefully be thought leaders in the space. The macro conditions continue to get better and better.

We actually have a better story than we did a year ago. Also, we know there isn’t likely to be a debt crisis in the industry. The real issue is that there needs to be more leverage.

Has the market correction overall been what the industry needed?

The companies in this sector needed to have some rationalization. It’s an easy argument to make that many companies were obscenely overvalued. There was mismanagement by companies, and valuations and assets were not grounded in reality, and so people overpaid for other assets. There needed to be discipline in the C-suite, and they got it. The entire industry is going through a 2.0 in terms of management teams.

What is the longer term outlook?

There are three obvious channels of investment: the recreational market, the medical channel that continues to grow, broaden and deepen with research and (possible) U.S. Food and Drug Administration approval. There is a massive medical science element that is still very interesting, and then there is the entire lifestyle, nutraceutical and experiential wellness element.

Some of the biggest companies in the world will come in whenever they are comfortable with the regulatory environment. This is a global marketplace; this really is a consumption story that runs across all demographics and cultures and, eventually, this is going to become very sophisticated. Then it will be classic CPG investing with a focus on distribution, logistics and branding.

What types of investment do you focus on with your ETF?

Our ability to invest in the sector is still challenged by the limits of the federal dynamics. I am forced to build only a portfolio of names that I can invest in. We focus on the management teams, the balance sheet and how companies are positioned—particularly with regard to the United States.

Many ETFs are not actively managed and so are therefore not able to adjust to changes in market conditions. I may be biased, but I think you need to be active.