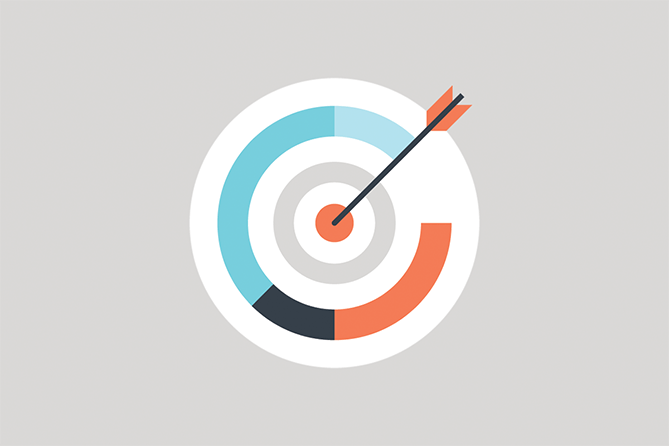 Showcasing products on mainstream media platforms such as television, websites and magazines can open new markets for cannabis companies, but strict advertising regulations have made the prospect difficult.

Targeting a specific type of consumer based on defined criteria such as product use, demographics, communication behaviors and media use—a practice known as audience segmentation—helps brands uncover insights about their audience, Lisco said.

Contextual targeting—the practice of displaying ads based on a website’s content—can help educate people about cannabis in a way that removes its longstanding stigma, he added. For example, a story about the best hydration after skiing at high altitude could be the perfect place for an ad about CBD-infused water, because the benefits of the product match the article content.

Chicago-based Cresco Labs, which is operating in seven states with plans to add four more, uses both audience segmentation and contextual targeting to promote its brands, including Cresco, a flower, concentrate and vape brand; Remedi, which offers THC and CBD capsules, topicals, tinctures and vape products; and Mindy’s edibles.

The company has partnered with Condé Nast to run advertising on the websites of premium publications such as Vanity Fair, Wired, Epicurious and Bon Appétit. It’s also working with Penske Media Corp. to place ads with publications including Rolling Stone and Variety.

“When you see our ads on Epicurious and Bon Appétit, it normalizes cannabis,” said Cresco Labs Senior Vice President of Brand Marketing Cory Rothschild, who developed relationships with Condé Nast and Penske while working for PepsiCo as brand director for Gatorade. “First, we target geographically and from an age standpoint because we want to always be compliant. We have digital partnerships to make sure those who are receiving our advertising are only in states that are legal (for cannabis sales) and that the audiences are of age.”

Most states require a certain percentage of a publication’s audience to be older than 21, and because regulations vary from state to state, Vana uses technology that enables what founder and CEO Sheldon Owen calls age-gating and state-gating to ensure a cannabis company remains compliant when targeting advertising to potential customers.

“Each brand is trying to accomplish a unique goal and trying to attract a specific type of customer,” Owen said. “They want to branch out from the traditional stoner market. They can only branch out in the states they’re licensed in—and only to people who are 21.”

The company, which verifies the state-issued license of every brand before allowing them onto the platform and works only with licensed cannabis and CBD partners on compliant marketing, has created a network enabling it to reach more than 220 million unique consumers per month.

“What it’s designed to do is to allow the publishing community to finally get comfortable with cannabis advertising,” Owen said. “CPG (consumer packaged goods) professionals are taking over organizations and looking to advertising to help them grow. They want mainstream audiences. Compliance is the underlying aspect—it has to have compliance built into it and be able to serve the government warnings by state.”

Vana produced a white paper, which is used to educate the brands, retailers and prospective clients the company works with, that looked at the parallels between cannabis and the alcohol industry. Alcohol regulations fall under the Federal Alcohol Administration Act, but those rules deal only with “truthful labeling” instead of advertising practices.

“Currently there is an algorithm that is working to place the ads, so we are not specifically selecting publications, just demographics or geolocations. But we do look at performance by product and by publication,” Bhang Chief Marketing Officer Samantha Collins said. “The ads have been very effective in driving awareness, and our brand Bhang had a very high click-through rate compared with competitors.”

Coloring Between the Lines

Bhang CEO Jamie Pearson said some publications, including the Huffington Post, won’t accept money from cannabis businesses, but they will accept payment from companies such as Vana, which can get advertisements placed on the site.

“What intrigued me about Vana is they are the mainstream, compliant alternative to Weedmaps,” Pearson said.

Until cannabis is federally legal, it’s unlikely television networks will permit it to be advertised. However, Owen said it’s only a matter of time before over-the-top media services such as Netflix and Hulu permit it—but only if it’s done in a systematic and compliant fashion.

“If it’s not compliant, they’re not going to put themselves at risk,” he said. “Both the publisher and the brand will be liable.”