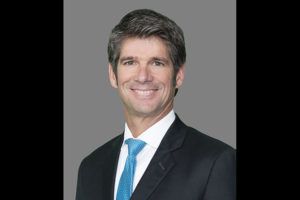 Nick Richards joined Greenspoon Marder, a national law firm based in Denver, in January as a partner specializing in tax law and compliance for cannabis businesses. Richards’ extensive background in what he dubs “tax controversy” issues—he formerly worked both in the private sector and for the IRS—make the cannabis sector a natural fit.

Are there any signs the federal tax issues affecting cannabis businesses (i.e., 280E) are getting any clearer or less burdensome?

Not really. There are state-level taxes: excise and sales. And you can get compliant with all those, but then there is the 280E problem. You can fumble along for a few years, but it will eventually add up if you are not compliant. The IRS can impose tax liens and garnish money.

There is very limited progress at the federal level generally. Nobody is really willing to go out on a limb and do anything for the industry; we are still stuck. The “reefer madness” mentality is alive and well in the U.S. Congress.

Maybe there could be an executive order (preelection), but this is limited, and (President) Trump shows little sign of doing that. It is really a congressional issue, and we know what pace that works at.

With this in mind, how can businesses realistically fight the 280E battle?

We are looking at an Eighth Amendment defense, one essentially involving excessive fines and penalties. I have had a case of a cannabis business where income was $300,000, but there was a tax liability of $500,000—and that is not unusual.

The problem is, we have been lulled into a fake belief that 280E is unconstitutional. The cases that have been tried have really hurt the industry, and the IRS has more power as a result. We haven’t had a case that really dives into the weeds and so, with every case, it gets harder and harder. However, there is a difference in challenging 280E itself and challenging the IRS’ interpretation of 280E (that it can cause more than a 100% tax) and the IRS’ determination to impose penalties for failure to pay the 280E tax.

What are some of the biggest errors you see cannabis businesses making in terms of compliance?

Perhaps the most important thing is to set your business up in the most tax efficient and compliant way in the first place, and that would be as a C corp. Especially, if you are a store, it has to be a C corp. It’s less important if you are a manufacturer or a grower, but investors are still more comfortable in this setup if the business is going to get audited. That’s because, if you are set up as an LLC, the 280E liability flows from that and becomes an individual tax liability.

Also, if you get audited as an LLC, you get audited personally, too. There are lower tax liabilities, too, as a C corp. (21%) versus a personal tax rate of 35% with an LLC.

What are some of the mistakes cannabis companies make in trying to rectify financial problems? Is there any way of obtaining bankruptcy protection here or in Canada?

Usually, when there are financial issues, the mistakes come from the snowballing of problems. A company needs to find money to pay for a problem with its crop, for example, and so (it) borrows money from employee withholding taxes. They then can’t pay it back once they borrow it, and so there are knock-on effects. It’s like you are borrowing from Peter to pay Paul, and the IRS sees this as stealing.

Now, we can help protect against that by challenging any eventual audit, but the IRS has up to 10 years to collect any taxes. In terms of bankruptcy protection (so far, this isn’t available for U.S. cannabis businesses), I could see how people would be attracted to the possible Canadian option. However, tax debt is not really a vehicle for bankruptcy protection.

Do you have any other general advice for cannabis business owners?

Quit listening to the financial adviser telling them they are going to make zillions of dollars. Instead, let’s operate from a position where we are hoping to break even.