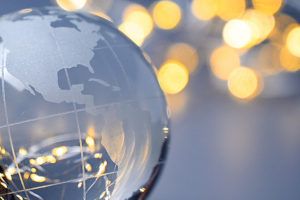 Cannabis industry executives with an eye to filling positions in their companies would no doubt love to have a crystal ball trained on the labor market.

While staring into the ball, industry executives will want to know: Which cannabis industry skill sets will be most in demand and command the highest salaries in the coming years, and which positions will be most in danger of getting axed?

While recruiters and company executives identified positions they believe will be either in demand or vulnerable to cuts—and, not surprisingly, their opinions didn’t always line up—the most important factor that determines whether a particular position is in danger isn’t necessarily the type of job but the health of the company and where it might be overstaffed or understaffed.

“When Aurora (Cannabis in Alberta, Canada) laid off 500 people (in February), that was every type of position,” said Karson Humiston, CEO of Denver cannabis recruitment agency Vangst. The point? If a company is doing poorly, any post could be in danger, no matter what.

“It’s less about the roles and more about the company and the company’s cash-flow position, the runway, their path to profitability,” Humiston said. “If I was looking to join a company, I would want to understand how much they have on hand.”

Holly Hamann, chief marketing officer at Würk, a Denver-based human resources software firm, agreed. “If you look at the companies that have had to lay off folks in the past six months, there’s really an interesting variety of scenarios,” she said. “There just isn’t any predictability, so it’s hard to say which jobs are most vulnerable. The layoffs that have happened, happened because the companies had problems that forced them to cut jobs.”

Although a company’s health is the ultimate decider in what positions are in demand and which are not, a few positions are hotter than others.

Some recruiters say C-suite and managerial positions have become prime cost-cutting targets. “A lot of these companies had a really bad habit of going very top-heavy in the C-suite and VPs. So, we saw a lot of layoffs at the executive level because they had just hired on a lot of upper management, and those people weren’t rolling up their sleeves and helping out,” said Kara Bradford, CEO of Viridian Staffing in Seattle.

Janine Bush, president of the Cannabis Staffing Group in Massachusetts, agreed that C-suite executives face extra scrutiny today. “CEOs are being held accountable,” she said. “They are seeing the highest turnover.”

“A lot of the companies that are expanding are seeing the value of having a strong financial executive in place and more companies are investing in solid talent at the CFO level,” Bernard said. “Before, you maybe got away with having a less sophisticated controller in place.”

Hamann from Würk agreed, arguing that there is a greater demand for managers—not necessarily more of them—but experienced ones.

Too many cannabis companies find themselves promoting entry-level employees such as budtenders to managerial positions when they don’t have managerial experience, and there are no experienced managers to train them.

Würk surveyed customers about what they wished they had more time to do, and managerial training was the No. 1 answer for most respondents.

“When you have managers that are not seasoned or don’t have experience or aren’t being trained to manage, they inherently are poor managers,” Hamann added.

“There is a middle-management shortage in the industry. There’s a shortage of seasoned management talent in the industry. There are retail or facilities managers who are seasoned and have expertise, and they’ve done this before. They have pattern recognition for how to manage people. They can see when processes aren’t efficient, and they can solve problems. We don’t have enough of those people.”

Like management, sales is an area where some recruiters predict growth and others are dubious.

Perhaps the positions most vulnerable to being cut are those in CBD sales, Bush said. While demand is high and many companies beefed up their sales forces, some companies have not been able to produce or obtain enough product to sell, leaving salespeople without enough to do.

“They don’t have enough product or a lot of the companies are screwing their salespeople by not paying them,” Bush said.

Humiston sees the opposite trend, saying, “The No. 1 area where we are seeing our clients hire is on the sales side.”

She cited two reasons for the demand: The need to win market share and brand-building. Both reasons require getting products on the shelf, and that requires sales teams.

The value of retail positions is somewhat undervalued today, but smart executives will start paying attention to how they staff the last stop on the supply chain, because its importance is going to increase as more states add recreational markets.

“I think it’s very similar to what we saw in the wine and beer industry a few years ago. More and more expertise is required in the retail environment,” Bernard said.

The cannabis retail work environment is more regulated and challenging than most other retail environments, and that challenge will become increasingly layered as more products, a greater variety of customer personalities and more regulations hit the market. As the market makes retail more challenging, retail workers will be able to command greater compensation.

“I definitely see the sophistication and pay level increasing as that happens,” Bernard said about the future of cannabis retail positions.

As the industry matures and poorly managed companies fail while well-run businesses emerge with capital to spend, recruiters posited that many businesses will spend that money on research and development—specifically, professionals from the biochemical sector. Some R&D teams are already in the industry, but only a handful of companies have been able to build their own R&D arms, Bradford noted. Later in the decade, there might be companies that specialize in cannabis R&D.

As more extraction and manufacturing companies emerge, they will need people familiar with extraction, fermentation, chemical engineering, working with CRISPRs and other sophisticated skills.

Federal legalization—if and when it occurs—likely would accelerate R&D hiring because legalization will mean more freedom to do research and come up with all sorts of new products and delivery methods. Federal legalization would mean more biotech firms entering the space, and they will need chemists, chemical engineers and similar types
of professionals.

Salaries for these R&D jobs depend on whether they are entry level or senior level, the responsibilities assigned to each one, the market and other factors. An entry-level biochemistry post generally will earn around $70,000 annually, Bradford estimated, while senior posts pay around $150,000 per year.

Bradford sees a need for data analysts who can use data to evaluate what products are moving and where and why they are moving.

“People want data analysts that can take data, analyze it and make recommendations to leadership, especially given that resources are tight, and investors want to know that leadership is making informed strategic decisions based on data. We’re already seeing inquiries for those types of positions,” Bradford said.

For data people, the entry level salary is roughly $55,000; for senior level—someone who can write code and develop their own inhouse tools—it is closer to $125,000, she said.

Best of the Rest

“Anybody in a role that directly impacts revenue is the least vulnerable. Any of the jobs that are directly in cost-of-goods roles that companies can’t live without,” Humiston said. “It’s sort of hard to run the business without being able to produce the products.”

Bernard said a greater number of companies are investing in testing and that their manufacturing needs will increase as well.

“There are more and more products with THC, CBD and hemp hitting the market—and with that, manufacturing is definitely expanding … and we’re seeing a higher demand in manufacturing talent. A lot of it is still manual labor, so we’re taking peopl